Technical cookies are required for the site to function properly, to be legally compliant and secure. Session cookies only last for the duration of your visit and are deleted from your device when you close your internet browser. Persistent cookies, however, remain and continue functioning on repeat visits.

We does not use any cookie based Analytics or tracking on our websites; see details here.

Personalisation cookies collect information about your website browsing habits and offer you a personalised user experience based on past visits, your location or browser settings. They also allow you to log in to personalised areas and to access third party tools that may be embedded in our website. Some functionality will not work if you don’t accept these cookies.

Back to menu News

Show all
Back to menu Publications
Latest
Recommended 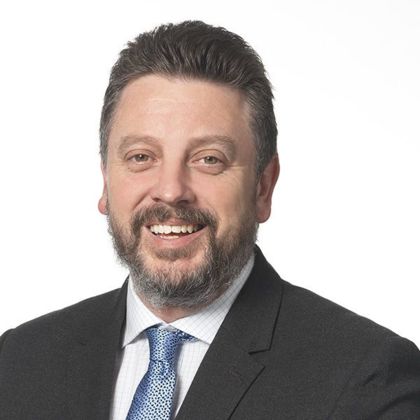 Andrew has over 25 years of experience in litigating and arbitrating all types of disputes, with particular expertise in shipping and international trade. Areas of expertise include bills of lading, charterparties, marine insurance policies, documentary credits, sales contracts, trade credit insurance disputes, joint ventures, distribution and logistics agreements, ship building disputes and ship management issues as well as air and road transportation and warehousing disputes. Andrew also deals with general commercial litigation including insolvency disputes. He has built up a great of experience in enforcement and security actions over the Asia region including ship arrests and injunctions .He is ranked Band 1 China: Shipping Litigation by Chambers and is a Leading Individual in Legal 500. His clients include insurance companies, banks, trading houses, P&I clubs, vessel owners and charterers and recovery agents.

In Hong Kong he deals with litigation in the local courts having conducted cases up to the Court of Final Appeal. Andrew’s team have historically issued/ been involved in over 50% of cases conducted in the specialist Admiralty List. As a lawyer qualified in England and Wales since 1993, Andrew regularly conducts arbitrations in London, Australia, Singapore, China, India, New York. He also has global litigation experience involving cases heard in US, Canada, Panama, Brazil, Chile, South Africa, Kenya, Australia, New Zealand, Papua New Guinea, as well as virtually every country across Asia Pacific as well as most European countries.

Andrew is an appointed arbitrator of SCIA and is on the HKIAC approved list for the Marine Arbitrators’ Group. He is an executive committee member of the admiralty court users committee and a former secretary of the Hong Kong Maritime Law Association.

END_OF_DOCUMENT_TOKEN_TO_BE_REPLACED

How can we help you?

Write us a message and we will get in contact.

Your message was sent.

Thank you for contacting us. We will get back to you soon.